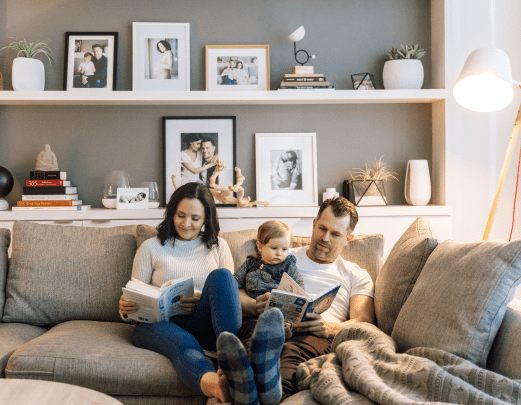 Every generation is striving for similar goals: food, security, and a place to call home. But the journey to achieving these goals varies for everyone. People value different things, and the playing field for housing in Metro Vancouver has changed drastically over the last decade. In a recent conversation three millennials, Kyle, Rosalind and Adrien, shared their perspectives on their housing journeys, generational differences and housing trends.

Here are a few highlights from the conversation. You can watch the full discussion here.

Kyle, a father of three young children, described his housing journey throughout the years. Similar to many Metro Vancouverites his age, Kyle grew up in a large suburban home but currently lives in a townhome in Port Moody with his young family. Living in downtown Vancouver during his early adult years had a significant impact on his life. As his family grew, he knew they needed more space. However, he wanted to enjoy the walkability, amenities, retail options, and benefits that come with urban living. That is why he chose Port Moody – the perfect blend of urban and suburban living.

For Rosalind, homeownership was something she always dreamed of. The first home she and her partner purchased was an older condo in Richmond. However, they quickly realized it was not their forever home, and moved to a single-family home in North Delta. For them, purchasing a single-family home was only possible if it included a lock-off rental suite that gave them the option to rent, or use in the future as their parents aged.

Adrien’s housing journey was all over the place…literally. As I’m sure many millennials can relate to – he’s lived on-campus in student housing, in a tear down single-family home with friends, and with a Craigslist roommate in New Westminster. He’s now settled into an apartment with his partner in the Cambie Corridor in Vancouver.

The world that millennials face when it comes to housing is starkly different than that of previous generations.

“It is natural for every generation to look at the generations who follow through the lens of their own lived experience. There’s always going to be generational difference in perspectives and values,” said Rosalind.

Many millennials are looking for homes that feature less space than those sought out by their parents.

“Unlike my parents who had 20 years of possessions to deal with when downsizing, minimalism is what I value. When I buy something new, something else has to go. My wife is the Gordon Gekko of selling our stuff on Facebook Marketplace. The sharing economy has been embraced by our generation, and it (generally speaking) separates us from our parents. Our generation is thrifty,” said Kyle.

For Adrien it was all about the commute. “We would rather be in a community we want and be in a smaller space than a bigger space further away from work and friends. However, good functional outdoor living was also very important.” He couldn’t imagine living anywhere without a SkyTrain station nearby.

When asked about their peer group, all three said that less than 50% of their peers want to live in the same amount of floor space as their parents. “I want good, functional space, but I don’t need what I grew up in. I lived in smaller for longer, and I’m very happy about it” said Adrien. 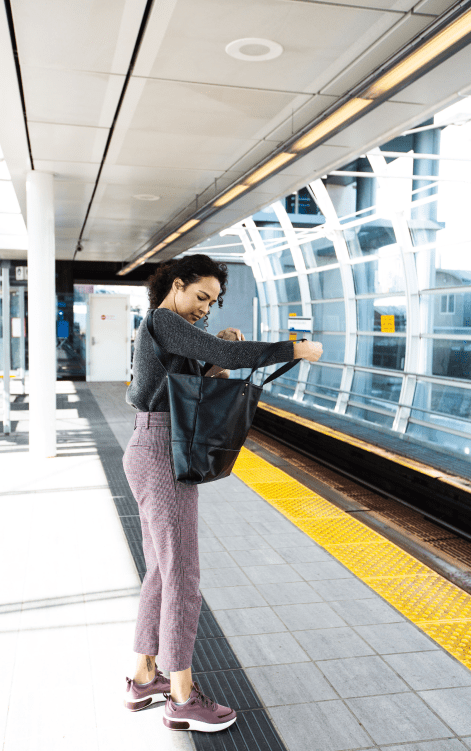 “Multi-generational living is a trend that is going to be increasingly relevant moving forward. When I hear my friends talking about upsizing their homes, it is in that context. Grandparents want to spend time with their grandchildren, and working parents could use help with childcare. Elders can also benefit from having youth looking after them,” shared Kyle.

Rosalind echoed Kyle’s thoughts. Multi-generational living was a huge factor when she purchased her home. Having the ability to care for her dad when he was ill in her own home was essential. She also shared an example from her own community.

“There was a couple that had a single-family home on a rancher lot, and they were able to get approval to build four single-family homes on it. Each new home went to their children so they could stay within their community and own their own homes.”

Moving forward, Adrien thinks we should “fight back against the misconceptions that rental and smaller apartment living is not suitable for family living. It is not a trade-off to raise your family in an apartment or condo.”

These innovative trends are something we should all be thinking about as we work to improve housing in British Columbia.

Your voice is important! We want to hear from you. Over the past few months our homes have been even more critical, so what housing options are important to you? Let us know and in return, we will share thoughtful articles and blogs, informative videos and the latest on trends, developments and how you can stay involved.  Together we can make a difference!

Does your small space need some TLC? Check out Par

Looking for some sweet ideas to makeover a small s

UDI HOME wishes you and your loved ones a Happy Lu

Over the past few months our homes have been even